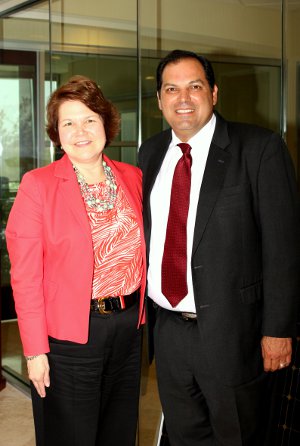 These meetings provided the opportunity for city leaders and Advent GX to brief Ms. Canales on the recent activity in Donna and the planned process already underway to move the city into a better economic position. The Under Secretary graciously offered advice to the group and shared ideas on how Donna might save money and compete for future funding support for specific projects.

Some of the topics of discussion included improving the potential for heritage tourism, using the local Donna history to enhance economic development, and providing funding for infrastructure.  Mayor Simmons expressed his thoughts on trying to obtain commercial traffic on the Donna-Rio Bravo International Bridge but said that he wants to take a comprehensive approach to generating economic activity in the City of Donna.

Advent GX will continue to facilitate briefing sessions with state and local entities as part of an ongoing effort to update stakeholders on the progression of Donna.